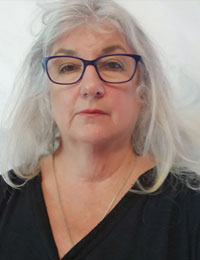 I Lecture on the BA(Hons) Illustration programme and I am Pathway Leader for MA Illustration.

Outlets included Fortnum and Mason, Boots, The National Trust, Saks 5th Avenue and Fenwicks. We exported to over thirty countries and had a network of sales agents working throughout Britain. The company exhibited regularly at the major British trade fairs, also exhibiting overseas, for example at the New York Stationery Show.

I also developed bespoke products for companies such as Hamleys and licensed my artwork. I lectured for seven years after graduating, initially full-time, then on a part-time basis as my illustration career became more demanding. I returned to lecturing in 2007 and continue to license my artwork.

As a small house publisher for many years (greeting cards and gift stationery), I have developed in-depth knowledge of the greetings and gift industry. This trend-led area of design is a great source of commission for illustrators. Other main areas of expertise are entrepreneurship, illustration for advertising and design, authorial illustration, hand-drawn type and Illustrative lettering, illustrative branding and art and design licensing.

I draw upon my commercial experience and expertise to help students build a coherent body of work that clearly demonstrates a unique personal visual language and commercial viability.

I set up and ran my own award-winning, design-led publishing company for almost twenty years: Producing die-cut and three dimensional paper products, exhibiting at major trade fairs and exporting to over thirty countries. I continue to license my artwork.