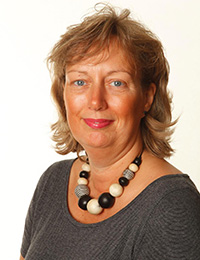 I was born and brought up in Haverfordwest and in order to receive my secondary education through the medium of Welsh attended Fishguard County Secondary School. I graduated with a B.Ed (Hons) from South Glamorgan Institute of Higher Education, Cyncoed, Cardiff and started my teaching career in Carmarthenshire. After teaching for five years I became Head of the Infant Department.

During my time working in Primary Education I was appointed to the roles of Assistant Headteacher and also Welsh Development Leader.

In September 2011 I was seconded to work at the University of Wales, Trinity Saint David and Swansea Metropolitan University as a lecturer in Primary Education.
I became a permanent member of staff at UWTSD in September 2013.

Contribute to a range of modules related to primary education programmes such as: