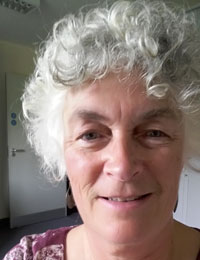 I have worked as an academic for most of my career. But during the 1980s also worked for a private training company and in community education for the Open University, both of these experienced broadened my understanding of education.
I have worked for the University of Wales Trinity Saint David (and one of its precursors – University of Wales Lampeter) since 1988 in a various of capacities. Firstly, in Continuing Education in the delivery of development of postgraduate programmes in business management and BIT for students from other academic backgrounds.  Then within the Business Faculty in various roles.

Teaching has been in the areas of personal management skills development and management, entrepreneurship, enterprise development, community engagement  and leadership. Also research methodologies. As Faculty Director of Research my work is concerned with the develop of the research activity across the Faculty: to inform teaching, impact on external business and community environments and enhance the research profile of the Faculty and the academics within it.

As Head of the Faculty International Partnerships Office I have oversight of collaborative partnerships with External Educational providers who are delivering programmes on behalf of the University in the disciplines of the Faculty.  My role is to ensure the smooth servicing of these relationships, ensure academic quality and compliance with quality standards.

I am currently Programme Manager for the DBA and MPhil/PhD programmes in the School of Business, Finance and Management.

My research interests are listed below

My research & development interests are broadly based across a number of interlinking areas.

These interests draw together a number of strands: analytical/evaluation experience, management skills development and application, practical training, community involvement and environmental/countryside background.  In this respect I appear to have a unique background which I believe provides an innovative perspective.

The following elements are important -

These interests have been realised through my involvement in a variety of commercial and research projects, research student supervision and other related activities.

I have been engaged in enterprise, commercial and consultancy activities for many years.  This work links to my research and academic interests in rural enterprise, third sector community engagement and .  A list of recent projects follows:

Co-creating Healthy Change (2014 – 2017) Internal evaluation contract for Cardiff Third Sector Council of large 4 year 10 partner project that it developing co-creation activities across the voluntary sector, with a colleague within the School of Business and  colleagues from School of Social Justice and Inclusion.

Rural Alliances (2011 – 2015) An EU Intereg IVb (North West Europe Programme) project with 10 partners across 6 European countries.  The project aims to build alliances between businesses and communities in rural areas in order to increase vibrancy.  We are working with Marburg University to provide underpinning research, developmental frameworks and monitoring and evaluation.

Inspire (2012-2014) Contract with Pembrokeshire County Council to provide entrepreneurship workshops, business consultancy and support, as well as develop a Best practice Guide.  In collaboration with the consultancy.com to contribute the the EU Interreg IVb  Inspire project.

CISNET (2010 – 2013) EU Interreg IVb (Atlantic Area) Project concerned with support and development of the Cultural Industries Sector.  I am managine the information gathering/research phase of this project on behalf of partners in Eire, Spain, Portugal and France.

ACTION (2010 – 2012) EU Interreg IVb (Ireland Wales Programme) Project with a partner in Eire concerned with facilitating the exchange of goof practice within the Social Enterprise sector.

Winning Mid Wales  (2006-2008)  Coordinating and leading the development of a Strategic Development Plan for Mid Wales.  This work was undertaken in my role as Chief Officer of Mid Wales Partnership.  The strategy was subsequently adopted by all partners in Mid Wales including Local Authorities, National Parks, Mid Wales Tourism, Universities, FE Colleges etc.

For Love or Money (2004-2008) Arts Humanities Research Council funded project, in collaboration with Moira Vincentelli, Department of Art, University of Wales Aberystwyth. A research project (employing a post doctorial researcher) to investigate the motivations of women working in the ceramics sector in Wales.

Innovation Workshops - Trinidad (2005 and 2006) Delivery of 3 x one day Innovation workshops for NEDCO (National Entrepreneurship Development Organisation of Trinidad and Tobago. Around 100 participants in each workshop. Repeated in 2005 and 2006