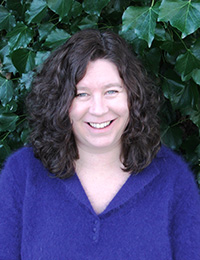 Jane Cartwright is Co-ordinator of the Celtic Studies (MA), the Astudiaethau Celtaidd (MA) (Welsh medium) and the  Postgraduate Certificate in Simultaneous Translation.

She lectures through the medium of Welsh and English and contributes a wide range of modules to the University’s portfolio including modules on the history and literature of medieval Wales, as well as modern Welsh language. Jane is the School’s Welfare Officer and co-ordinates students’ pastoral care, as well as the School’s Assessment Officer, responsible for liaising with External Examiners and co-ordinating assessment.

She currently supervises a wide range of MA, M Phil and PhD theses in Welsh history, medieval literature, gender studies and religion and has examined numerous theses in other universities, as well as acted as reader for various academic publications.

Jane has been lecturing through the medium of Welsh and English at Lampeter and Carmarthen since 1994. She was appointed Lecturer in Welsh at Trinity College Carmarthen in 1994 and she was Head of the Department of Welsh at the University of Wales Lampeter between 2004 and 2007.

She was appointed Reader in 2007 and her main interests include medieval Welsh history, literature and religion. She is particularly interested in saints’ cults and hagiography and is currently working on a major AHRC-funded project on ‘The Cult of Saints in Wales’ based at the Centre for Advanced Welsh and Celtic Studies.

She is the author of Y Forwyn Fair, Santesau a Lleianod (Cardiff, 1999), Feminine Sanctity and Spirituality in Medieval Wales (Cardiff, 2008), Mary Magdalene and her Sister Martha (Washington, 2013) and editor of Celtic Hagiography and Saints’ Cults (Cardiff, 2003).

Jane teaches modules at both undergraduate and postgraduate level including the following:

She is currently supervising  MA theses on the following topics:

as well as the following M Phil/PhD theses:

Jane has published a variety of books and articles on medieval Welsh poetry and prose. Her work has discussed the rich body of Marian texts available in Middle Welsh and she was one of the first people to draw attention to the importance of images and medieval art depicting Mary and the saints in Welsh churches. Jane’s publications are often multidisciplinary drawing on material culture and the importance of particular medieval sites in Wales, as well as literary texts and historical documentation. She has provided a detailed study of the medieval nunneries of Wales, as well as various sites associated with saints.

Jane is particularly interested in hagiography and is Co-Investigator on a major research project entitled ‘The Cult of Saints in Wales: Welsh-language sources and their transmission’ which is funded by the AHRC (2013-2017). The project involves transcribing, editing and translating a vast corpus of Welsh material venerating saints (poetry, prose and genealogies) and making this available via a website. The introduction to each text will discuss its date, authorship, manuscript context(s), and its relationship to other texts and traditions both in Wales and elsewhere.

The website, which will host the digital edition, will also hold a range of related material (such as medieval and modern images of the saints and maps that show dedications and place-name patterns) designed to be of interest to a wide range of audiences. The work will be further advertised by a programme of conferences, open days around the country and an exhibition at the National Library of Wales, as well as a major volume on saints in Wales (edited by David Parsons, Barry Lewis and Jane Cartwright).

Jane, along with Alaw Mai Edwards, is responsible for the prose Lives of saints – some 34 bucheddau including some of the longest texts extant in Middle Welsh. Jane is currently compiling editions and translations of the Lives of Ieuan Gwas Padrig, Gwenfrewy (Winefride) and Ursula. Jane’s interests are not restricted to native Welsh saints and she has recently published (with the Catholic University of America Press) the first scholarly edition and translation of the Middle Welsh Lives of Mary Magdalene and Martha making these texts available to an international audience for the first time.

Jane liaises with Cymdeithas Cyfieithwyr Cymru, translation companies (such as Trywydd) and bodies such as Ceredigion County Council and the Welsh Assembly Government to organize work placements for students following the Postgraduate Certificate in Simultaneous Translation. In 2011 Jane acted as a consultant for CADW and contributed to the ‘Pan-Wales heritage interpretation plan: Celtic saints, spiritual places and pilgrimage’ (2011).

Mary Magdalene and her Sister Martha: An Edition and Translation of the Medieval Welsh Lives (Washington: Catholic University of America Press, 2013), 146 pp. + 1 Plate

Journal articles and chapters in books

‘Regionalism and identity: localizing the cult of Mary in medieval Wales’, in Identity and Alterity in Hagiographyand the Cult of Saints (eds) Ana Marinković and Trpimir Tvedriš (Zagreb: Hagiotheca, 2010), pp. 119–35.

Entries on the Mabinogi and St Illtud in Early Peoples of Britain and Ireland: An Encyclopedia (ed.) Christopher A. Snyder, 2 vols (Oxford: Greenwood World Publishing, 2008).

Contributed interviews on the Bible and Welsh landscape and Marian flowers to Martin O’Kane and John Morgan-Guy (eds) Imaging the Bible in Wales, DVD-ROM – AHRC-funded research project based at the University of Wales, Lampeter.

Jane has been a member of the AHRC’s Peer Review College since 2007 and has served on a number of panels in London and Swindon assessing AHRC applications in the field of Humanities. Between 2000 and 2006 she was a Member of the Court of Governors of the National Library of Wales in Aberystwyth and she has served as External Examiner for the Open University’s Welsh course L196 (2008-2013).

Jane organized a conference on Celtic Hagiography and Saints’ Cults which gave rise to a volume published by the University of Wales Press in 2003 and she is currently editing a volume based on an international conference on The Cult of St Ursula and the 11,000 Virgins which she organized in Carmarthen in July 2013. She gave the St David’s Day Lecture in Lampeter as part of the University’s 175th anniversary celebrations which was published in St David of Wales: Cult, Church and Nation (eds) J. Wyn Evans and Jonathan M. (Woodbridge: Boydell and Brewer, 2007), pp. 182–206 and she is regularly invited to speak at conferences: see selection below.

April 2005: Invited guest speaker at a conference on ‘Monasteries and Community in the Middle Ages’, University of Wales, Gregynog: ‘Convent and community in Medieval Wales.’

June 2006: International conference on ‘Saints and Geography’, University of Holàr, Iceland: ‘The Celtic cult of a Welsh saint’.

July 2006: North American Association for the Study of Welsh Culture and History, International Conference on Welsh Studies, University of Wales, Swansea: ‘The cult of a Welsh saint in the Celtic regions’.

June 2007: Invited guest speaker at TRS summer school, M.A. in Marian Studies: ‘The cult of the Virgin Mary in medieval Wales’ and ‘Medieval poetry to the Virgin Mary’.

May 2008: Invited guest speaker at the Institute for Medieval and Early Modern Studies (IMEMS) Video Link Research Seminars. ‘Welsh poetry and images of the Virgin Mary’.

May 2008: ‘Regionalism and identity: The localization of the cult of Mary in medieval Wales’, University of Spilt, Croatia.

March 2009: University of Marburg, Germany. Development of the Welsh Language Project funded by British Academy.‘Y wyry vendigeit a el6ir katrin: The Middle Welsh Life of St Katherine and her cult in medieval Wales’

October 2013: First Forum on ‘The Cult of Saints in Wales’, a four-year AHRC project, the Drwm, National Library of Wales. ‘The Welsh Life of St Ursula and her cult in medieval Wales’