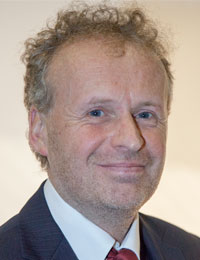 Dean for the Faculty of Humanities and Performing Arts

Approaches to History; The Past in Practice

Irish Relations in the Twentieth Century; the Ulster Crisis, 1910 to 1914; the Troubles in Northern Ireland

Jeremy is lecturer in Modern History, having previously taught for a number of years at the University of Chester.

He teaches on aspects of British and European History since the late Eighteenth Century, but specialises in the history of Anglo-Irish relations during the twentieth century, with a particular focus upon political developments.

On this theme he has published a number of books, including including for Longman in their Seminar Studies series, Britain and Ireland: From Home Rule to Independence (Longman Press, 1999), The Tories and Ireland: Conservative Party Politics and Home Rule, 1910-1914 (Irish Academic Press, 2000) and Making the Peace in Ireland (Pearson, 2002). More recently he had several articles published in academic journals, including '"Ever Reliable Friends": Relations between the Conservative party and the Ulster Unionist party during the twentieth century', in the English Historical Review (2006), '"Walking a Real Tightrope": Sir Edward Heath and the search for moderation in Northern Ireland, June 1970-March 1971', in Twentieth Century British History (2007) and an essay 'Sir Edward Carson and the Myth of Partition' in R.Swift and C.Kinealy, Power and Authority in Victorian Ireland (Four Courts Press, 2006).