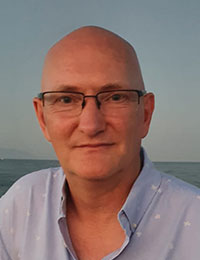 Lecturer in Emergency Preparedness and Civil Protection and part of the Development Team, Certificate of Higher Education

Wyn is a former Head of Resilience at the Welsh Government and adviser to Welsh Ministers on Civil Contingencies and National Security matters. Having joined the Welsh Office in 1989, Wyn transferred to the Emergency Branch in 1999 and went on to head the Resilience Team from 2005 until his retirement in 2019.

In 2003, he was the Welsh Government’s lead official on the Civil Contingencies Bill and steered the Bill through the various constitutional stages of the then National Assembly for Wales. He went on to lead on the development of the Wales sections of the statutory regulations and non-statutory guidance supporting the Act, as well as drafting the Concordat establishing an agreed framework for co-operation between the UK Government and the Welsh Government. More recently, Wyn led on the negotiations with Cabinet Office for additional powers under the Act, leading to The Welsh Ministers (Transfer of Functions) Order 2018.

Wyn was a founding member of the Wales Resilience Forum, established and chaired by the First Minister to support good communication and improve emergency planning across agencies and services in Wales. He also acted as Deputy Chair of the Wales Resilience Partnership Team, the multi-agency group established to support the Forum, and the Wales Learning and Development Group. As well as chairing national groups on risk, recovery and mass fatalities he was also a member of groups established to develop response plans around flooding, Chemical, Biological, Radiological and Nuclear (CBRN) threats, community resilience, pandemic flu and critical infrastructure. He also represented Wales on the UK Government’s National Capabilities Programme and other national civil contingencies boards.

On national security, Wyn was a member of CONTEST Board Wales established to take forward preparedness against the threat of terrorism in Wales. He also worked with Home Office as an adviser on national Tier 1 counter-terrorism exercises.

Wyn led on the development of the Pan-Wales Response Plan which provides a framework for the management of a major emergency in Wales. During major incidents, he also acted as a Government Liaison Officer at Strategic Co-ordinating Groups for both the Welsh and UK Governments. He also acted as an Operations Director at the Emergency Co-ordination Centre (Wales) during Tier 1 exercises and major incidents. As a member of the Wales Civil Contingencies Committee, he represented Wales at COBR Officials meetings.

Following retirement, Wyn was involved as a subject matter expert for the interim review of the multi-agency response to Covid-19 in Wales and is currently working with Welsh Government on the preparations for the Covid-19 Public Inquiry.

He was awarded an OBE for services to civil contingency and emergency planning in Wales in 2012.