The Welsh Language (Wales) Measure 2011 affords the Welsh language official status in Wales. This means it must be treated no less favourably than the English language. It also establishes a legal framework to impose a duty on some organisations to comply with standards of conduct on the Welsh Language.

The Standards are a set of legally binding requirements that aim to improve the bilingual service that the people of Wales can expect to receive from a number of public and statutory bodies, including universities and colleges.

The University of Wales Trinity Saint David is required to comply with the following standards:

What are the Welsh Language Standards?

Standards explain how organisations are expected to use the Welsh language in different situations.

The duties which come from the standards mean that organisations should not treat the Welsh language less favourably than the English language, together with promoting and facilitating the use of the Welsh language (making it easier for people to use in their day-to-day life).

Implementing the Standards within the University of Wales Trinity Saint David

The University intends to comply with the Standards across all its campuses in Wales in accordance with the expectations outlined in the Compliance Notice.

Training sessions will be provided regularly to all managers within the institution where they will be introduced to the Standards together with examples of best practice in implementing these within their own Units/Schools.

A specific page will also be available on the University’s intranet that will provide clear guidelines to staff on how best to implement the Standards and on ways of dealing with complaints if and when they arise.

Appropriate resources, which staff can use on a day-to-day basis to enable them to comply with the Standards, will also be made available on the intranet.

The Associate Pro Vice-Chancellor (Welsh Medium Provision and Projects) is the designated lead officer with responsibility for ensuring that the University is fully compliant with the Standards across the relevant campuses. 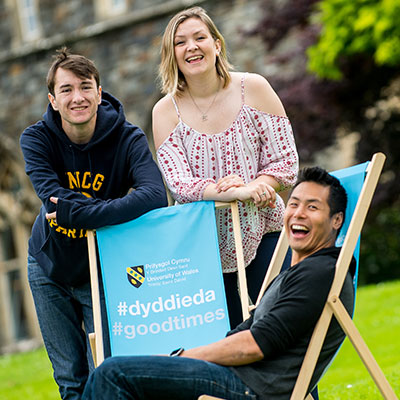