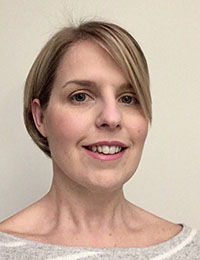 Sarah is responsible for overseeing the implementation of the Police Apprenticeship contract held between UWTSD and the Gwent and South Wales Police Forces. Sarah takes responsibility for the operational delivery of the academic programme.

She facilitates the teaching and assessment of newly appointed police officers, in a variety of different learning environments and offers both academic and pastoral feedback and support to students.

Prior to joining the University, Sarah served 20 years as a uniformed police officer. She joined the police service in 1999, starting her career at the age of 19 years in Hertfordshire Police. She transferred to the Metropolitan Police and performed several roles whilst working in central London.

In 2011, Sarah transferred her experience and skills to South Wales Police. She worked within training, delivering the College of Policing ‘Pre-Join’ Curriculum, teaching law, legislation, and application to newly appointed officers at training school.

Sarah has a wealth of policing experience, having worked as a uniformed response officer, and a neighbourhood officer. She has worked within a tactical drug and surveillance unit and served as a public order officer and sexual offences liaison officer. Sarah has been involved in many large-scale policing operations, where she has played a prominent role, such as Buncefield oil disaster, NATO summit and the 2012 Olympics.

Sarah was presented with a commendation for her work and commitment as a bronze commander during the Buncefield oil disaster. She was later awarded a Police Commissioners Commendation for her off duty arrest of a terrorist in central London.

Sarah’s responsibilities involve the management of collaborative partnerships between police forces and the university.