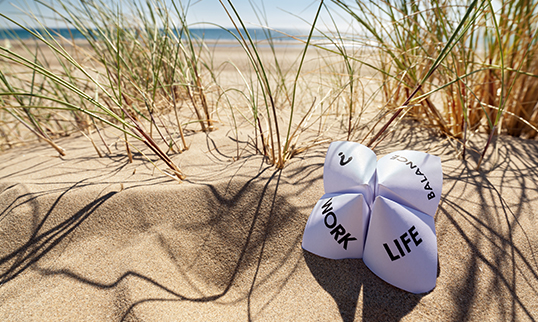 The CAMAU project, a collaboration between the University of Wales Trinity Saint David (UWTSD) and the University of Glasgow (UofG), funded by the Welsh Government and UWTSD, was designed to support the Welsh national strategy to build a new curriculum, pedagogy and assessment arrangements across its education system which offer young people in Wales educational experiences that are fit for the 21st century. The focus of the CAMAU project is progression.

The CAMAU project therefore aimed to develop a common understanding of 'progression' in learning for children and young people aged 3 to 16 years, in the context of the Curriculum for Wales.

The project involved researchers working, initially with the pioneer schools, and then more broadly across the school sector to provide evidence from research, policy and practice to address five questions:

A case study exploring children’s participation and motive orientation in the reception year classroom and at forest school.

This doctoral study uses an interpretive ethnographic approach to explore the child’s participation as self-experience which is understood to develop in dialectical relationship with the demands and challenges of the activity setting (Hedegaard and Fleer, 2009). The research considers the experiences of a group of linguistically and culturally diverse 4 and 5 year olds within the reception classroom and forest school institutions, in order to conceptualise the child’s situation of development through their participation in socio-material activity settings. The research objective is to use a ‘wholeness approach’ (Fleer, Hedegaard & Tudge, 2009) to consider both the expectations and demands of institutional practice and the opportunities for participation from the child’s perspective, in light of Welsh Government strategies for early childhood education and ‘successful futures’ (WG, 2015b).

The methodology draws upon Hedegaard and Fleer’s (2008) dialectical-interactive approach for studying children in order to make visible the perspectives of participants and the researcher. Participants included children, their parents, teaching staff and forest school staff. Fieldwork to collect data took place in the classroom at an urban primary school and a forest school site within local woodland over an eight month period. Data was gathered using observation, audio-visual recording, still photography, interviews, informal conversations during drawing and playing, and video-stimulated conversations and accounts. The data collection process was based upon ethical principles to encourage active and informed involvement of participants, without whom there would be no study. These methods created methodological space for assembling perspectives of participants, in order to articulate an interpretation of the child’s motive orientation in relation to the values and everyday practices of the two institutions. The findings relate to the institutional practice and the individual children, in order to consider how events of conflict, in particular, might be used to understand children’s participation as meeting, appropriating, negotiating, perhaps rejecting the demands across institutions and activity settings (Hedegaard, 2018).

The findings relating to individual children’s activity are presented using an ecological affordance framework for analysis (Bang, 2008, 2009).  Specific events chosen due to observed conflict are explored in relation to the affording of artefacts, social others and self-experience within institutional practice and considers the child’s motive orientation in relation to institutional expectations (Bang, 2008, 2009). This is followed by discussion using the dialectical‐ecological model of subjectified subjectivity (Pedersen, 2015; Pedersen and Bang, 2016), an analytical approach to further explore the potential affordances for the child’s developing understandings of self as a participant actively engaging in institutional practices.

The thesis presents a contribution to theoretical considerations of how young children participate in and shape their interactive experiences in dialectical relationship with the socio-material affordances of institutional practices.

The narrative of 21st-century learning has become an imperative for curriculum reform across the developed world. Scotland, Wales and the Republic of Ireland offer three examples of current large-scale curriculum reform projects that bear the hallmarks of that 21st century narrative:

In the three jurisdictions, the curriculum changes were strongly supported by policy-makers at their inception, and generally had the support of the teaching profession as the proposals were finalised and introduced to the system.

Several years into the reforms in Scotland and the Republic of Ireland, there is evidence that the path to 'implementation' has been neither smooth nor straight. Elmore's (2016) recent reflection on the misplaced used of the term 'implementation', and his observation that 'when we are asking teachers and school leaders to do things they don't (yet) know how to do, we are not asking them to "implement" something we are asking them to learn, think, and form their identities in different ways' (p. 531)  resonates with recent reflections on and exploration of the trajectories of the reforms in Scotland and Republic of Ireland.

Analysis of these reflections in policy documents, in early research into the reforms and in some social media channels points to the figure of the teacher, and the work of teachers as the source of the 'implementation challenges/problems'. In Wales at an earlier stage, the focus is on teacher led curriculum reform and pioneer networks of schools and teachers.

Across the jurisdictions analysed in the papers presented in the symposium, where curriculum reform is well underway, teachers are presented as needing 'guidance', 'clarity', and 'certainty' in approaching the new curricula and assessment arrangements. Efforts to promote 'choice, and 'professional judgement'  as well as teacher led curriculum development, associated with the initial phases of the reform and still the focus in Wales, appear to have been replaced with a drive (notable word) for clarity and direction. Interestingly, professional associations have supported (in some cases with enthusiasm) this re-presentation of the work of teachers-in-reform.

While the change processes underway are labelled as 'curriculum and assessment reform' this symposium considers whether, for a range of reasons, what is being re-formed over time is the relationship between the teacher and curriculum, and perhaps, the teacher and professional identity.

This study sits within an interpretivist paradigm. It aims to explore the intentions of early educators regarding the purpose of the role play area within the reception class in the Foundation Phase in Wales and uses one case study to explore interactions in the role play area.

The two research questions are:

What do early educators in one local authority (LA) perceive to be the purpose of role play areas in the Reception class and what are the roles of those within it?

How do early educators interact with children in the role play area and how do children respond?

The questions are addressed through a qualitative mixed methods approach, comprising an electronic questionnaire sent out to reception teachers in one LA in Wales and a case study. The case study comprised three semi-structured interviews (two with a teacher and one with a learning support assistant), field notes gathered during informal discussions with the class teacher and seven non-participant video observations based in one Reception class in the same LA. The non-participant video observations are analysed using the Flanders interaction analysis (IA) system with three additional categories.

The findings are noteworthy and allow us to consider the importance of the early years’ educators understanding of early years pedagogy.  This requires deep understanding of professional learning and reflection. The findings highlight the power relationships inherent in the setting, and the tensions and contradiction between stated intention and what is actually enacted. This tensions are considered through the lens of regulatory practices. The discussion draws out the value of enabling the voice of the child and his/ her cultural reference points to be visible through role play opportunities through facilitation rather than direction.

The study has implications for teachers, learning support assistants, higher education providers and the professional development of educators in questioning the place and use of the role play area in modern early years’ practice. As a result of these implications there may be, in due course, a change in the experiences of young children in Foundation Phase classrooms.