Our Motorcycle Engineering programmes were developed to support the growing interest in both the motorcycle racing sector and the mainstream motorcycle production industry.

It will enable you to develop specific expertise required in the design, development and refinement of the modern motorcycle. The degree programme is well connected to the industry with direct links to teams in MotoGP, Moto2 and World SuperSport. With our academic staff working at the highest level of motorcycle sport.

The following Bachelor’s degrees have been be accredited as meeting the academic requirement, in part, for Chartered Engineer (CEng in Part) registration for the cohort intakes from 2015 up to, and including 2023:

PATHWAY OPTIONS & HOW TO APPLY

Why choose this course

What you will learn

We ensure that the modules that you will study give you a comprehensive insight into the cutting edge world of motorcycle engineering and how it is evolving to meet the needs of the consumer, the industry and the environment. In recent years the advances that have been made in the field, due to the continued pressure of environmental sustainability and increased performance, have led to great technological advances in both chassis and powertrain design and there are now large numbers of jobs for engineers with the skills that we provide.

Most of our modules are taught through a combination of lectures and practical workshop or laboratory experience. Students are actively encouraged to participate in the large number of extracurricular activities that we run as a school as we feel that these compliment the academic studies and provide real-world examples on which to test the ideas and skills which you learn in the lecture theatre.

Our BEng(Hons) Motorcycle Engineering (Full-Time 3 Years; EngC ref 15966) and BEng(Hons) Motorcycle Engineering with a year in industry (Full-Time 4 Years; EngC ref 15967) are accredited as meeting the academic requirement, in part, for Chartered Engineer (CEng in Part) registration by the Institution of Mechanical Engineers under licence from the UK regulator, the Engineering Council. Accreditation is a mark of assurance that the degree meets the standards set by the Engineering Council in the UK Standard for Professional Engineering Competence (UK-SPEC). An accredited degree will provide you with some or all of the underpinning knowledge, understanding and skills for eventual registration as an Incorporated (IEng) or Chartered Engineer (CEng). Some employers recruit preferentially from accredited degrees, and an accredited degree is likely to be recognised by other countries that are signatories to international accords.

The foundation year 0 is designed to develop your mathematical, analytical and study skills, to equip you with the necessary academic skills required to successfully study engineering at a degree level. Your academic skills will be developed through engineering relevant modules including Mathematics, Engineering Science, Study Skills and IT, Manufacturing Technology and an Engineering Project. The Core Engineering theme with subjects such as Maths, Thermodynamics, Mechanics and Structures are introduced in Year 1, developed in Year 2 with Thermofluid Mechanics and then explored in greater depth in Year 3 with Advanced Stress Analysis and Advanced Computational Methods.

The Design theme starts in Year 1 with Engineering Design and is then developed in Year 2 with CAE and Stress Analysis and the Group project, leading into Advanced Computational Methods and the Major Project in Year 3.

Finally, the Applied Technology theme moves through Motorcycle Technology in Year 1, though Motorcycle Dynamics and Powertrain and Control in Year 2 to Advanced Motorcycle Dynamics in Year 3.  Although not a theme in itself, Engineering Management, introduced in Year 2, underpins a successful approach to both the Group and Major Projects and provides a valuable insight into the management of both race teams and both small and large companies.

The course is assessed by a mixture of coursework, phase tests, presentations, vivas and examinations.

Modules are assessed in a variety of ways including traditional examinations, coursework, practical activities, group and individual presentations, all of which are designed to equip students with the experience and skills needed as they move forward in their studies and their careers. 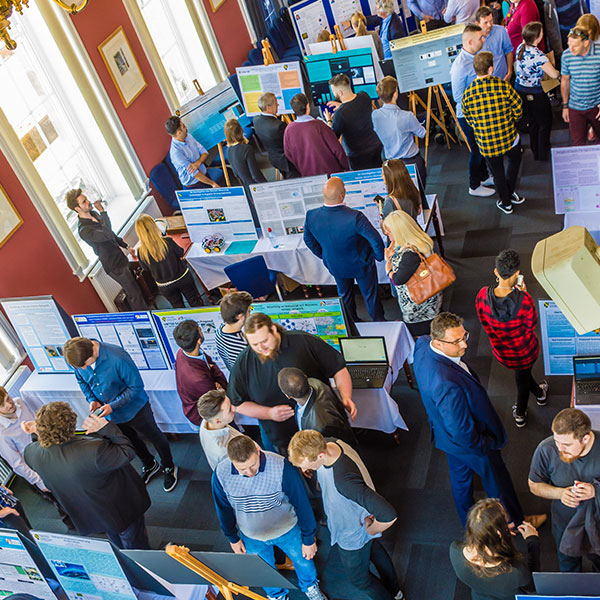 For the foundation entry to our four-year degrees, our offers are based on 32 UCAS points (previously 80). We will not specify the subject matter required. We will accept A levels, National Diplomas, Certificates, National Awards or equivalent, including NVQ Level 3, 14-19 Diploma and Access courses. Providing you achieve the points required, one A level would be sufficient. GCSE Maths at grade C or above is also required.

Our offers are not solely based on academic results. We take your skills, achievements and life experience into consideration.  In such cases, they must provide evidence of capacity to pursue the course successfully. We like to give such applicants every opportunity to show that they have the motivation and ability to succeed in their chosen programme.

112 points (previously 280) from numerate or technical A Level subjects, to include Maths or Physics at grade B or above. Maths GCSE at grade C is also required. Relevant experience may be considered.

Our offers are not solely based on academic results. We take your skills, achievements and life experience into consideration. In such cases, they must provide evidence of capacity to pursue the course successfully. We like to give such applicants every opportunity to show that they have the motivation and ability to succeed in their chosen programme.

Graduates from this course have found employment throughout the motorcycle industry from specialist component manufacturers though to mainstream motorcycle manufacturers. Graduates are now working in roles such as engine development and calibration, race engineering support and performance analysis. The skills developed on the course are transferable to other industries and many students have moved into the wider automotive industry as well.

Each year a number of our graduates have also chosen to continue their academic studies to Masters and PhD level.

Where are our Motorcycle Engineering Graduates?

Gio graduated with a First Class Honours degree in Motorcycle Engineering in 2015. During his time at the university he developed a keen interest in motorcycle dynamics and data analysis, whilst working for Moto Rapido Racing Ducati in BSB he quickly progressed from the role of Chief Mechanic to Race Engineer where he had the opportunity to put into practice the skills gained from the course and to validate the work carried out in his dissertation and was in charge of the vehicle set-up and data analysis for riders Jakub Smrž and John Hopkins.

Starting from January 2016 Gio secured his dream job working in MotoGP for the Suzuki Factory Team as a Performance Engineer, analysing data for both riders Maverick Viñales and Aleix Espargaro.

Sven graduated from UWTSD in 2011 with a First Class Degree. He has recently started working for Kalex in Germany, working on the new Moto3 bike. While at SMU, Sven specialised in composites engineering, designing and building a structural carbon fibre motorcycle swingarm for his final year project. The project resulted in a couple of conference publications and a press release by the company who provided the layup software, showcasing Sven’s project.

Ben graduated from UWTSD in 2011 after achieving a First Class Degree. It was only a short time before he was working as a graduate engineer in the engine and powertrain departments. Ben has recently been doing a lot of work with Ricardo Wave on exhaust noise and also cylinder head flow and valve timing and valve lift.

Ian graduated from UWTSD in 2010 after completing a final year project on the structural testing and simulation of motorcycle chassis. Ian soon put this expertise to good use and secured a job at FTR Moto. Ian is now a regular face in the pit-lane of many high profile events including MotoGP.

Mara graduated from UWTSD in 2010 after a final year project specialising in data acquisition. On returning to Italy, Mara secured a job with Yamaha Italy World Superbike team specialising in data and traction control systems. Mara has been spotted at a number of WSB events around Europe and has also been spotted test riding Yamaha motorcycles. Mara has now started working as a data engineer for Ducati in the Italian Superbike Championship....

I graduated from UWTSD in 2008 with a 2:2, focusing mainly on data acquisition and 2D. I found this a way to further understand what happens to a motorcycle in motion, and developed a hobby into a passion. My dissertation was based on the effect of rear tyre profile on the maximum lean angle.

I worked in the BSB paddock with Gearlink Kawasaki as a Data Engineer before being offered a position with Datron Technology.

After training in Dassault Systèmes CATIA, I was fortunate enough to get the opportunity to work a contract at the Honda F1 Team as a Computer Aided Design Engineer. On completion of the contract the Team offered me a position working as a CAD/CAM Support Engineer. I remained in my role when the Team became Brawn GP and later Mercedes GP Petronas F1 Team. Straight out of University this is a break I certainly can't complain about!

It is possible to complete this programme of study without any additional costs.

Students may wish to purchase materials for modules, such as major project but this is not a requirement and will have no bearing on the final grade.

In addition to our University Accommodation at Llys Glas, Swansea also benefits from a number of private student halls, all within a short walk, including: 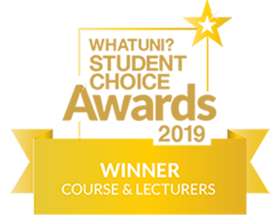