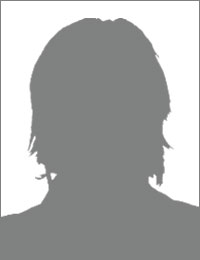 Gwenllian is the Programme director for the Undergraduate Art and Design and Art Practice provision on the Carmarthen campus of the school of Applied Arts and Art Practice.

Gwenllian also has an academic supporting role on the Postgraduate programmes within the faculty.

She is also employed by the Coleg Cymraeg Cenedlaethol to promote and deliver art and design through the Medium of Welsh at the University.

Gwenllian Beynon is a creative practitioner and printmaker using multidisciplinary principles including 2D, 3D, design, theatre, traditional and non-traditional processes and strives to work in a sustainable way, minimizing the risk to the environment. She has been lecturer at the University of Wales Trinity Saint David since 2005.

Gwenllian trained at Cardiff School of Art gaining a BA (Hons) in Fine Art. In 2002 she undertook a teaching certificate for post 16 education (PGCE). As a freelance artist and workshop co-ordinator in art and theatre, Gwenllian has worked extensively within the art world in Wales contributing to education in schools and colleges and to community provision. She has exhibited widely in the UK and Europe.

Since graduating with a Masters degree from Wimbledon School of Art in 1996 Gwenllian has been a freelance artist and workshop facilitator inspiring creativity in others; utilizing non formal / informal educational principles in settings such as schools, theatre and the community, this aspect of her creative practice is currently the focus of her doctorate.

Gwenllian is an active and vibrant part of the academic team and her current roles includes programme directing, lecturing in creative practice, leading on the delivery of the theoretical aspects of the undergraduate degrees and is a Senior Lecturer through the Coleg Cymraeg Cenedlaethol.

Bilingual education is central to Gwenllian’s academic role and this is currently being developed to provide the opportunity for undergraduate students to study art and design totally, through the use of the welsh language, this is unprecedented within art and design education at this level.

Teaching creative art practice and in the first year of the degrees, basing this in multidisciplinary 2D modules is one of the foundation principles of Gwenllian's teaching. As the students develop through the degree she and her colleagues believe in collaborative teaching and learning allowing for the cross fertilisation of the creative ideas and processes, encouraging and allowing the students to develop transferable skills for the contemporary creative work place. She also leads on sustainable issues within the context of the creative arts.

Gwenllian is currently undertaking a PhD exploring the role and relationships between a facilitator and participants within creative workshop settings. Underpinning this research is the investigation of academic processes, creativity and creative learning journeys.

As a practitioner and as a lecturer Gwenllian has Actively sourced grant funding for projects to include:

Located in Pontrhydfendigaid and produced with funding through the Spirit of the Miners, this was a collaborative project with Euros Lewis exploring local story telling both professional and amateur and allowing for children the creative space to develop, through imagination, these stories into a large scale mural.

This was a multidisciplined project with collaboration across archaeology, theatre and art. The art part of the project lead by Gwenllian Beynon was funded via widening access money from the University of Wales Trinity Saint David.

Working through art practice allowed for a retrospective look at the archaeological project and the drama project which the children at Tregaron Primary School had been involved in previously. Using different art processes the whole school from foundation phase up to year 6 responded creatively and individually to the story of the Circus Elephant that visited Tregaron in 1848 only to lose it's life through supposed lead poisoning. This entire project was nominated for a Times Education Supplement Award in 2012 for Widening participation.

As a part of the Developing Dylan 100 Gwenllian was successful in winning a tender to work with Literature Wales to develop a bilingual lesson to be delivered across schools in Wales. A part of this tender was to lead on a bilingual training session for creative practitioners who would then collaborate in the delivery of the lesson devised by me.

The creative practitioners involved were:

This was a symposium directed through the Welsh language. Visual artists working and living in Wales were invited to talk about their creativity, one of the main focuses of the project was to deliver this knowledge to the 6th form audience both during the symposium and then to be available as an education resource via film on both the Culture Colony website and on the Coleg Cymraeg Cenedlaethol Porth- Library web space..

Gwenllian also collaborates  with the Urdd Eisteddfod on a Variety of different aspect annually, and likewise with the National Eisteddfod of Wales.